Tethered Hands Lead to Angry Clouds and Empty Speeches While the Fish Watches Quietly From His Corner
Acrylic, Spray Paint, Marker, and Graphite in Panel and Canvas
48" x 114" 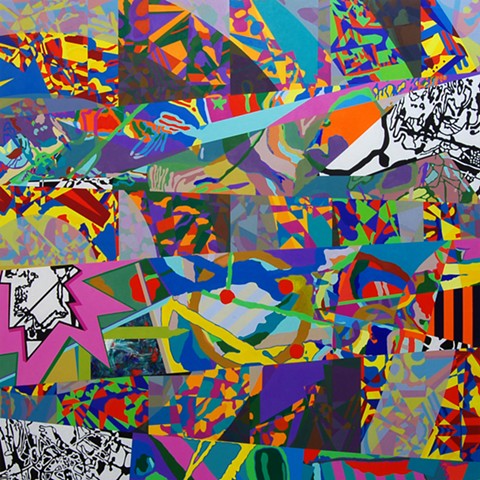 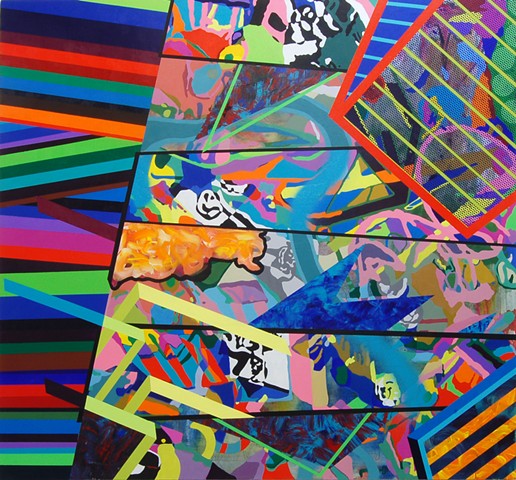 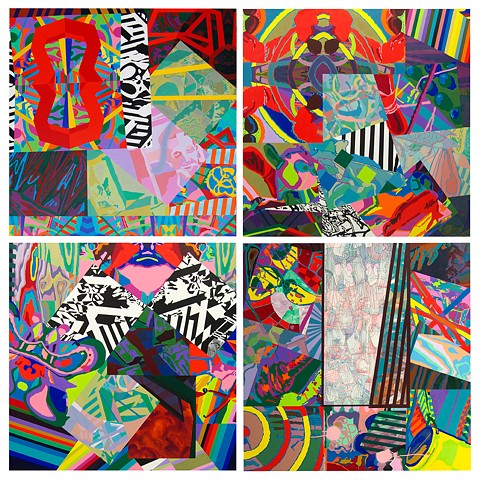 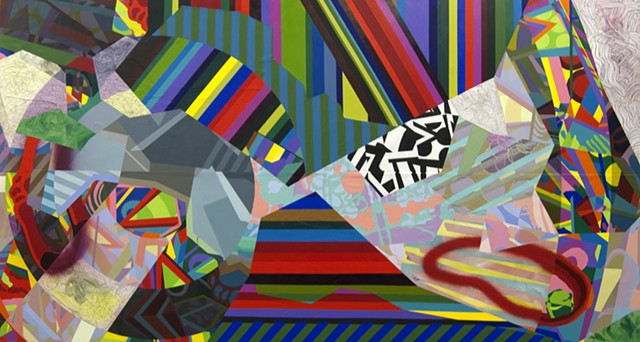 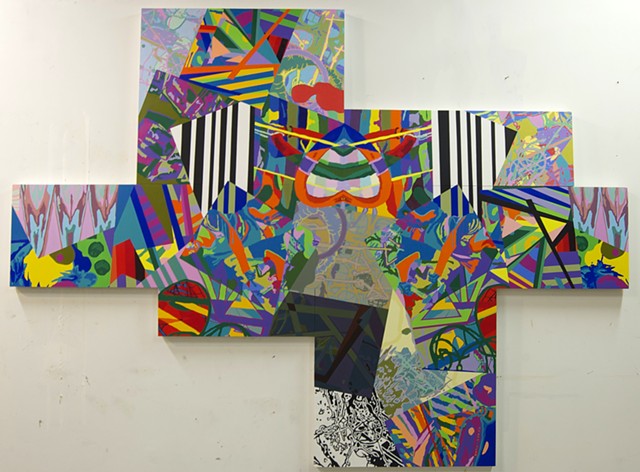 She Points. He Stares. We Are Left Sifting and Sorting.
Acrylic on Panel
72" x 96" 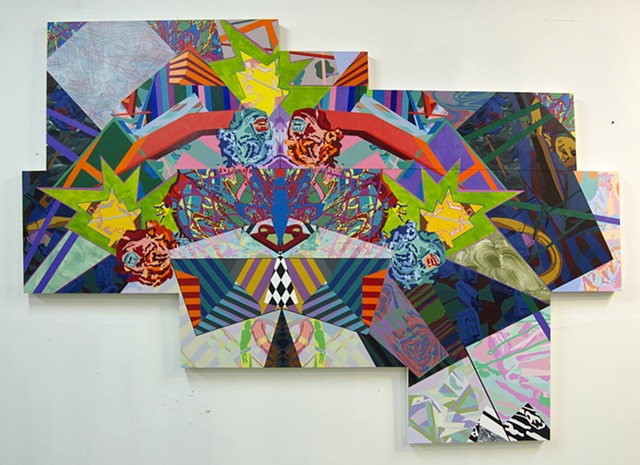 He Peaks in From the Corner. Everything's Fantastic!
Acrylic and Marker on Panel
65" x 96" 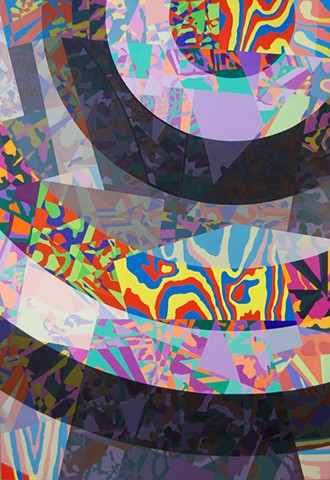 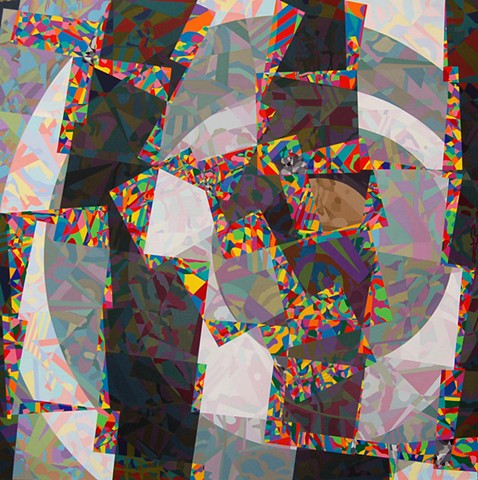 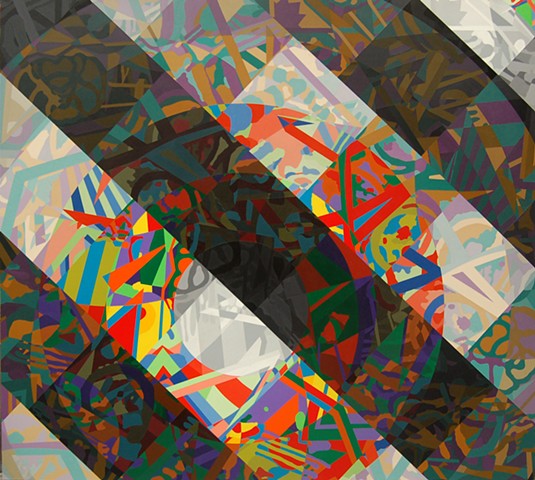 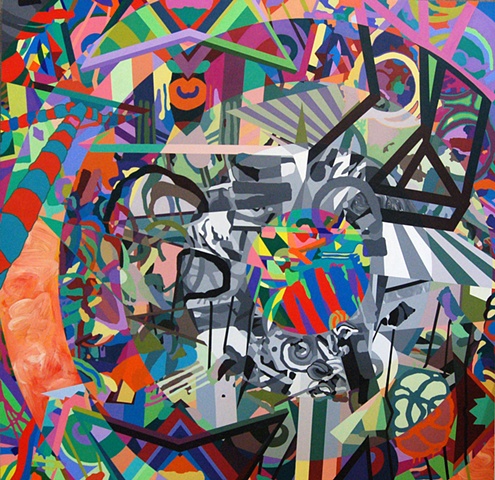 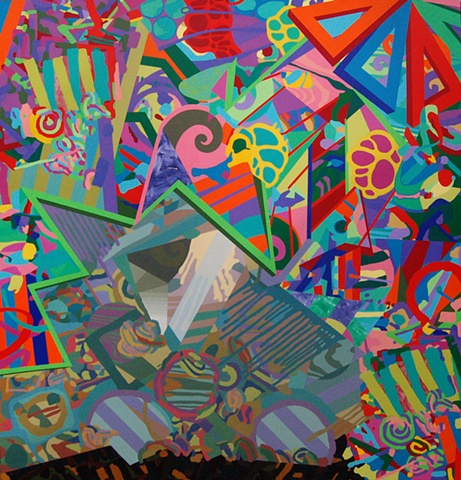 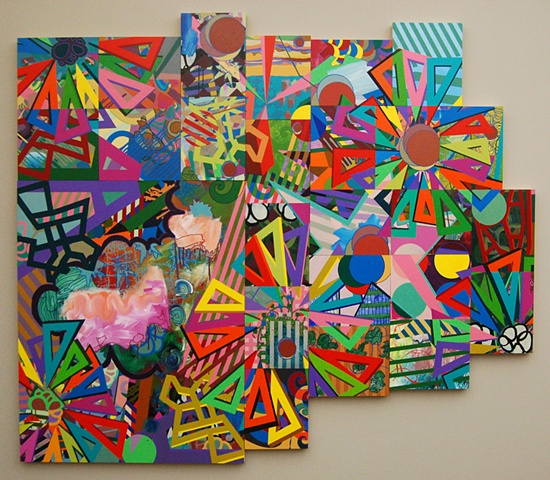 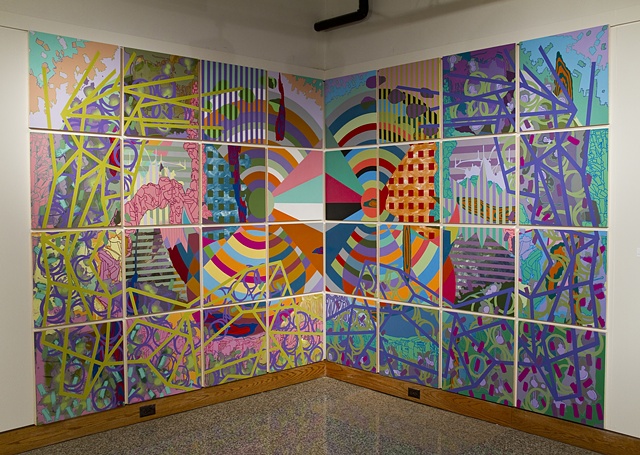 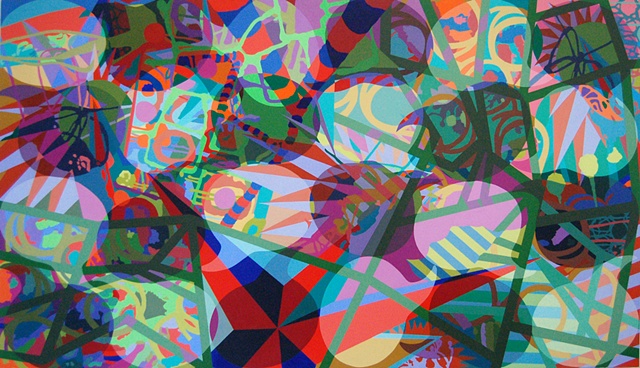 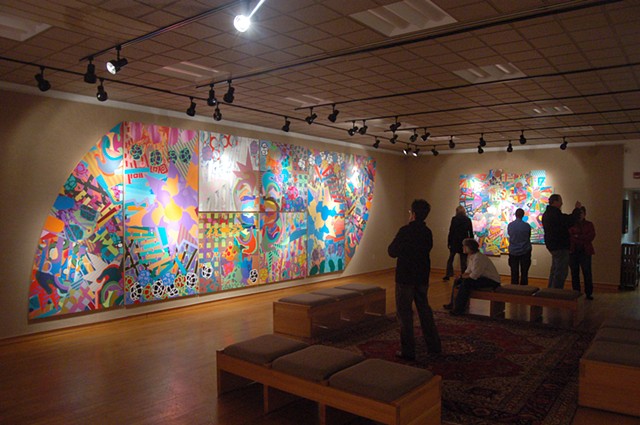 In the ‘New Organon’, published in 1620, Francis Bacon uses the word ‘manipular’ to describe a way in which we order the world. The ‘maniple’ is the way in which we make sense of multiplicity, of the noise of the ‘infinite’ by holding that which is near in the finite space of the hand.* The information age has brought the noise of the infinite to us in ways that seem deceptively manageable, but often add to the confusion of our daily lives. Memory has both evolved and devolved simultaneously. Our ability to receive and assimilate a myriad of information on a constant basis has been enhanced through the Internet, smart phones, and other Wi-Fi connected devices. I have become interested in attempting to convey this multilayered process in a two-dimensional format. I seek to employ complex compositions that utilize color to both organize and confound space. By vacillating between a Munsell Color System, a more scientific and practical approach to color, and the traditional 12 step color wheel we were taught in school in the same painting, often in adjacent areas, we see how different complementary pairings can activate and enhance the spatial qualities of color. Utilizing multiple combinations of harmonies and contrasts of color’s physical properties allows planes to shift back and forth in our visual perception. When this use of color is combined with layers of traced portions of some of my previous paintings it creates a multifaceted history. As these tracings are juxtaposed, the reconfigured paintings begin to suggest the manner in which we store memories, assimilate and make sense of information. Color is central in formalizing the haphazard collection of my visual diary. * Rosenberg, Terry E.. 2008. New Beginnings and Monstrous Births: Notes Towards an Appreciation of Ideational Drawing. In: Steve Garner, ed. Writing on Drawing: Essays on Drawing Practice and Research. Bristol: Intellect, pp. 109-124. ISBN 9781841502007