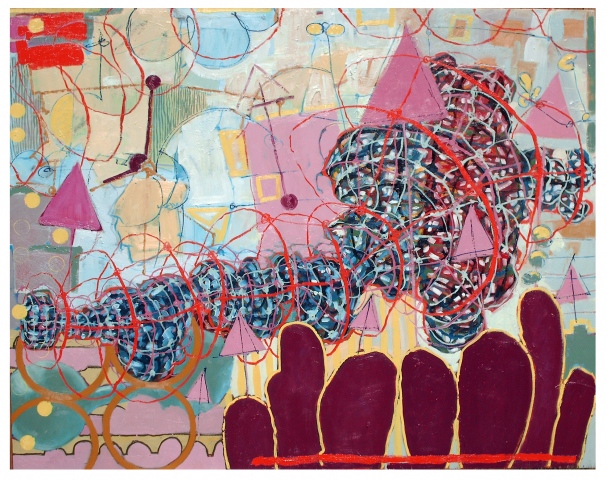 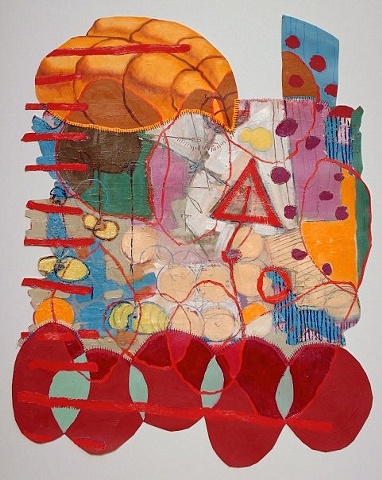 on a strong foundation(Private Collection)
oil on paper 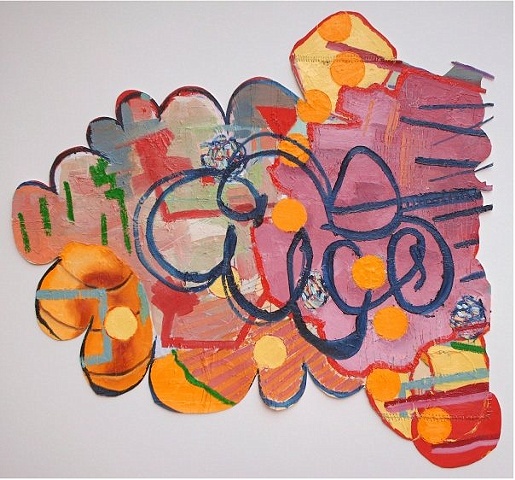 Congestion (in the collection of Dana Reifler Amato)
oil on paper 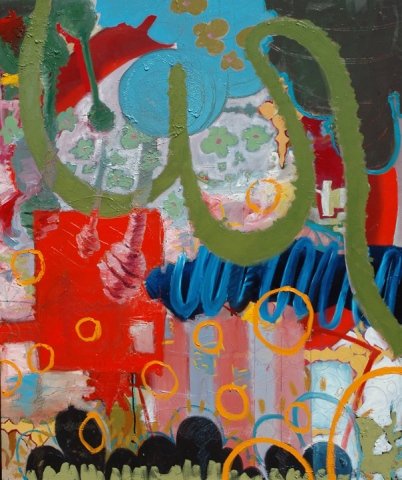 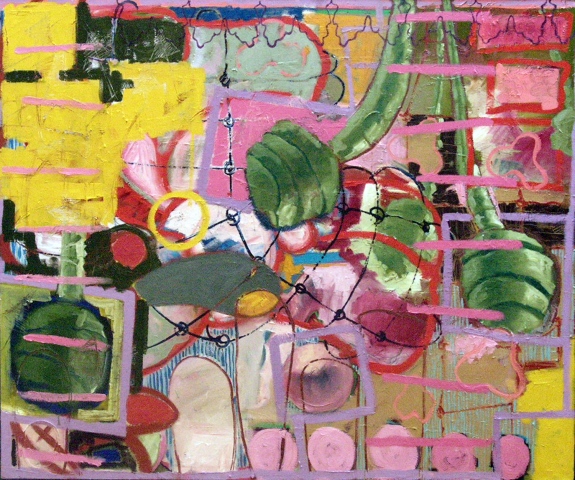 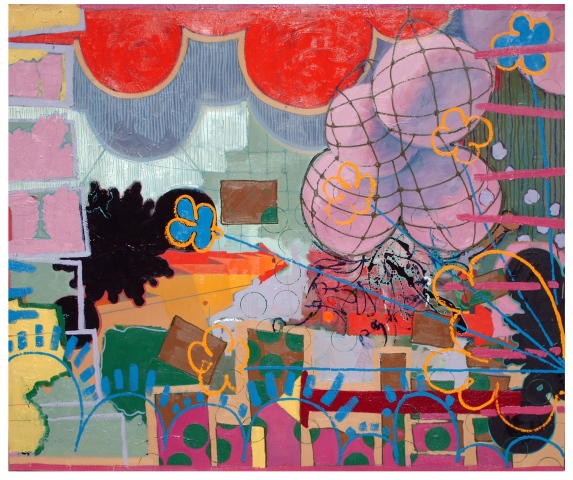 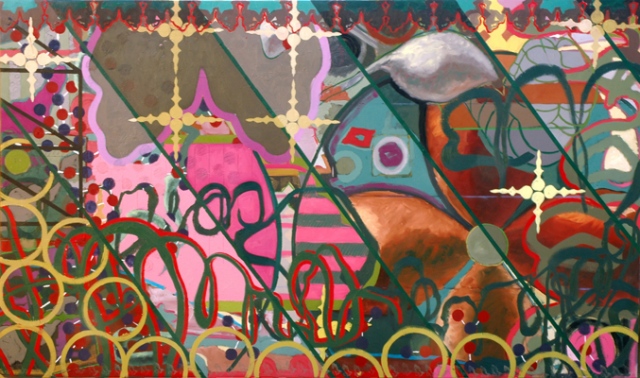 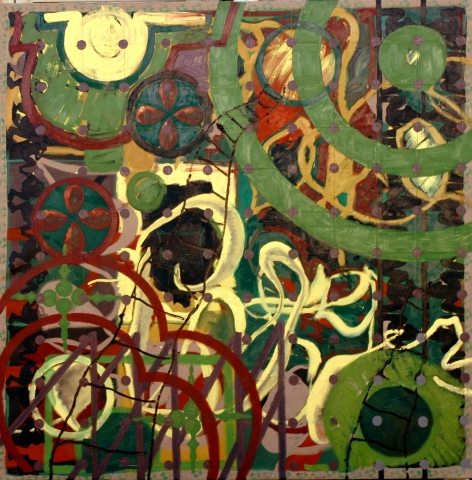 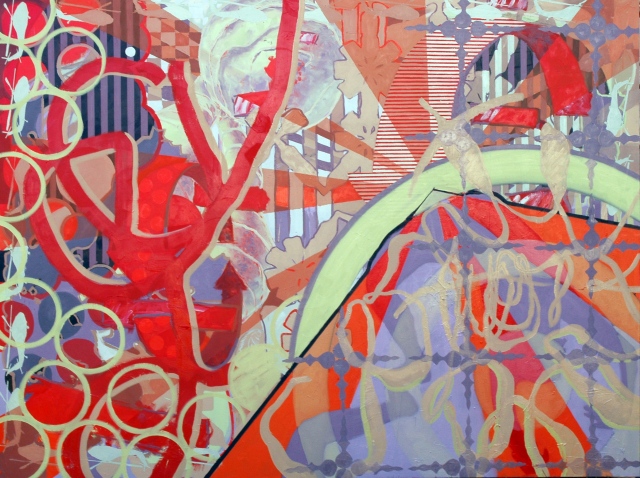 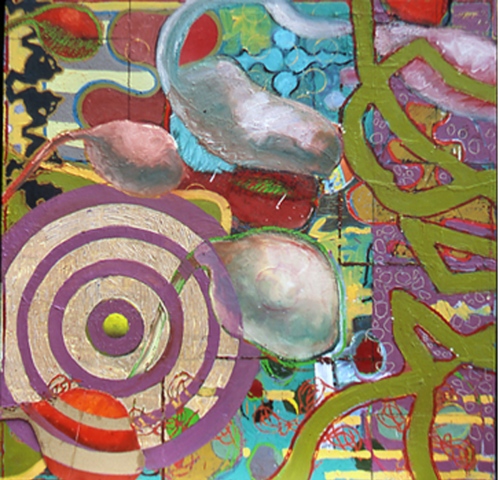 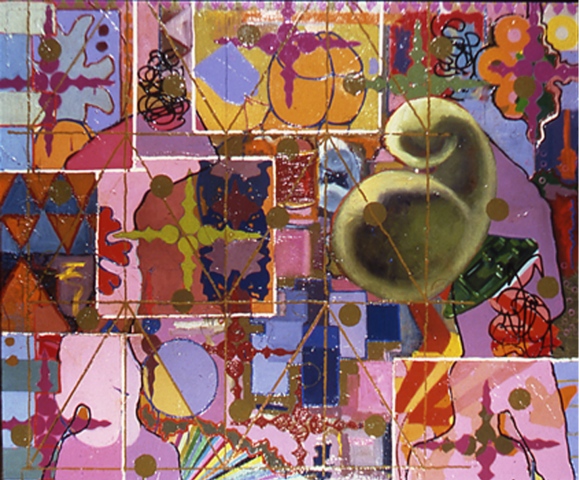 This is the first series of abstractions that I consider the beginning of my mature work, and it was guided by the following story:

Shuzan (shou-shan 926-992) once held up his shippe* to an assembly of his disciples and declared: “Call this a shippe and you assert; call it not a shippe and you negate. Now do not assert nor negate, and what would you call it? Speak! Speak!” One of the disciples came out of the ranks, took the shippe away from the master, and breaking it in two, exclaimed, “What is this?” - D.T. Suzuki, Introduction to Zen Buddhism.

This story encourages me to question the identity of images and forms that I encounter rather than taking them at face value. I try to intuitively investigate these forms by searching out their essential qualities, and abandoning any preconceived conceptions I may have about them. This has led me through investigations of singular forms, and multiple objects, and has guided my hand into this current series based on compiling images, objects, places, symbols, thoughts, and concerns in the manner of a visual diary. These paintings reflect our ability to receive and assimilate a myriad of information on a daily basis. Although some of this information may be utterly tragic, some of it enlightening and uplifting, most of it is completely banal. Through intuitive investigation, I try to sort through and bring some type of order to this chaos of daily information overload. The paintings have become a record of an autobiographical visual language that consists of codes and symbols combined to suggest personal narratives that are juxtaposed next to or on top of previous statements. This creates a layered history in the paintings much in the same way as we store memories. Some shapes are strong and vivid, while others become broken and incoherent, only suggested by the pentimenti left as a visual reminder of their previous existence.

With these paintings I’m not trying to decipher our chaotic world in some vain attempt to create order where order may seem impossible, I’m simply trying to make sense of my own unique role within it.