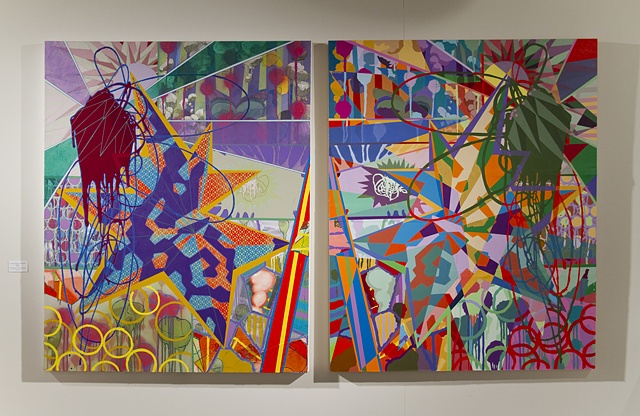 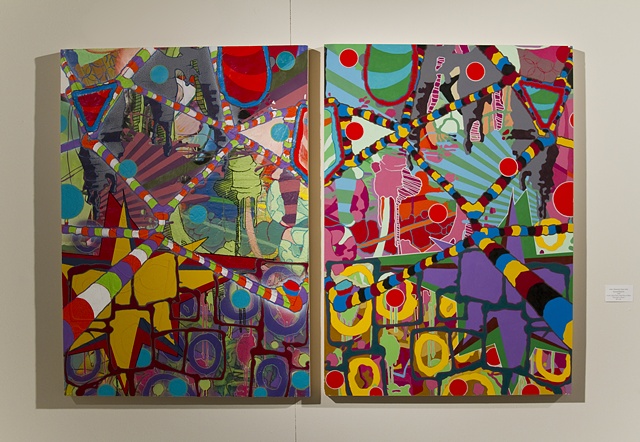 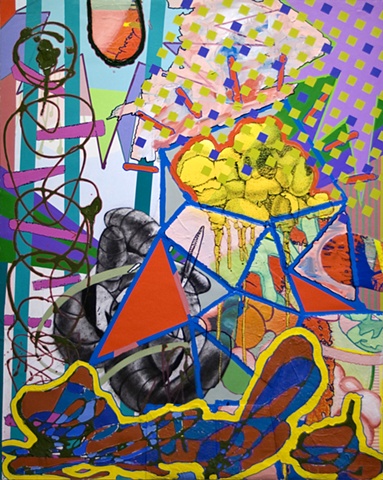 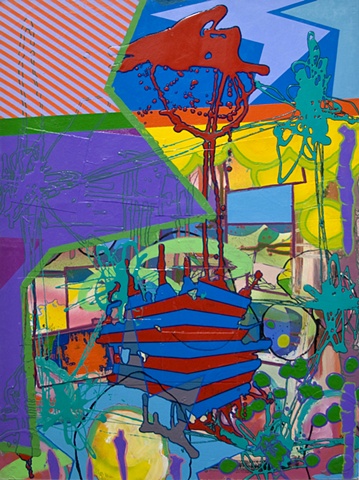 Against Overwhelming Odds
(in the collection of Chloe Irla)
Acrylic, Spray Paint, Paint Pen on Paper Mounted on Panel
30" x 22.5" 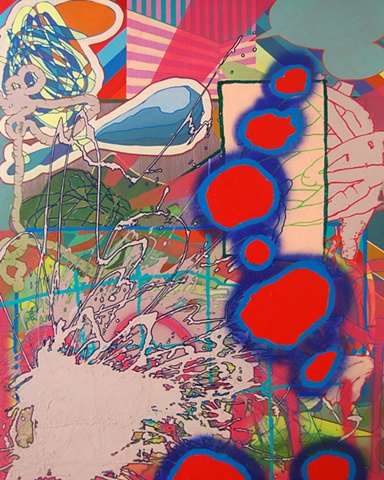 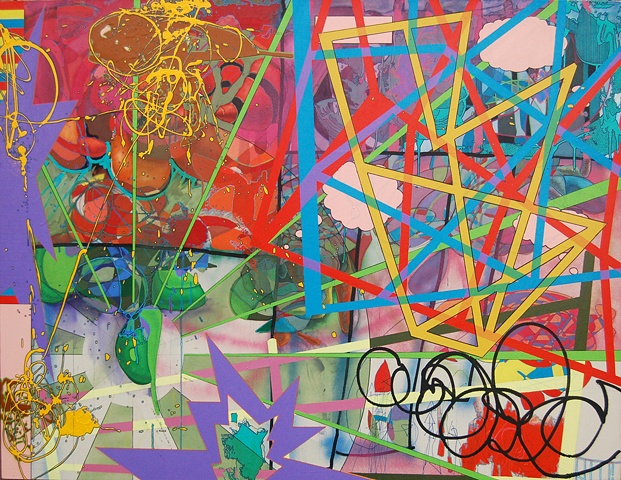 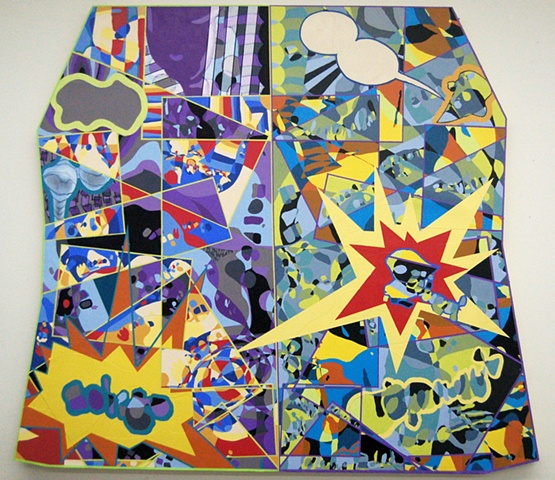 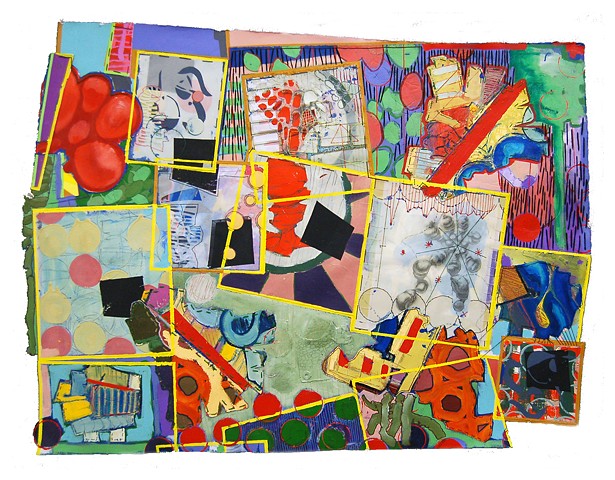 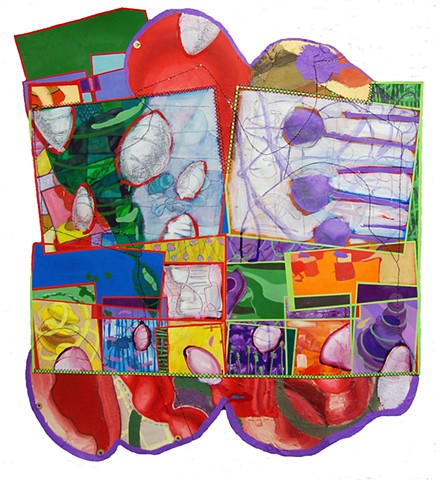 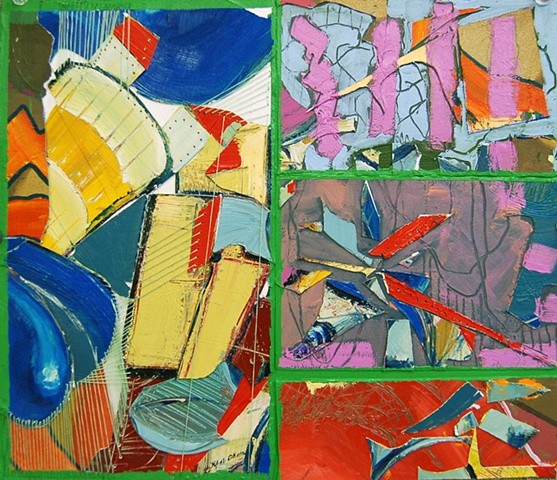 We are all subject to a flood of information on a daily, if not hourly, basis via a variety of technological means: emails, text messages, Facebook, Twitter, online newspapers, countless websites, as well as television and radio. With such a wide array of information from so many sources, one is obligated to discern what is true, verifiable, and good; and what is false, speculative, inflammatory, and bad.

I’ve become interested in how our ability to receive and assimilate a myriad of information on a constant basis can be reflected in a 2-dimensional format. In my paintings, I employ complex compositions and an autobiographical visual language consisting of codes and symbols. Each painting possesses a layered history: As new statements are juxtaposed next to or on top of earlier ones, the paintings begin to suggest the manner in which we store memories or assimilate and make sense of information. Some shapes are strong and vivid, while others become broken and incoherent, only suggested by the pentimenti left as a visual reminder of their previous existence.

Coupled with my interest in having composition reflect this contemporary media deluge is my use of color to relay information. For instance, comic books have traditionally used certain color schemes to portray truth or falsehood, as well as universal notions of good and evil. Comic book characters in their oversized bodies, personalities, and colorful costumes have become a kind of contemporary American mythology, and like all mythologies they are employed to express timeless dualities. I enjoy using palettes derived from depictions of superheroes and super villains because these conflicting systems of signification serve as mirrors of the world we live in.